Mourning in America: On the memorial service that wasn't, for Rebecca Chase Williams 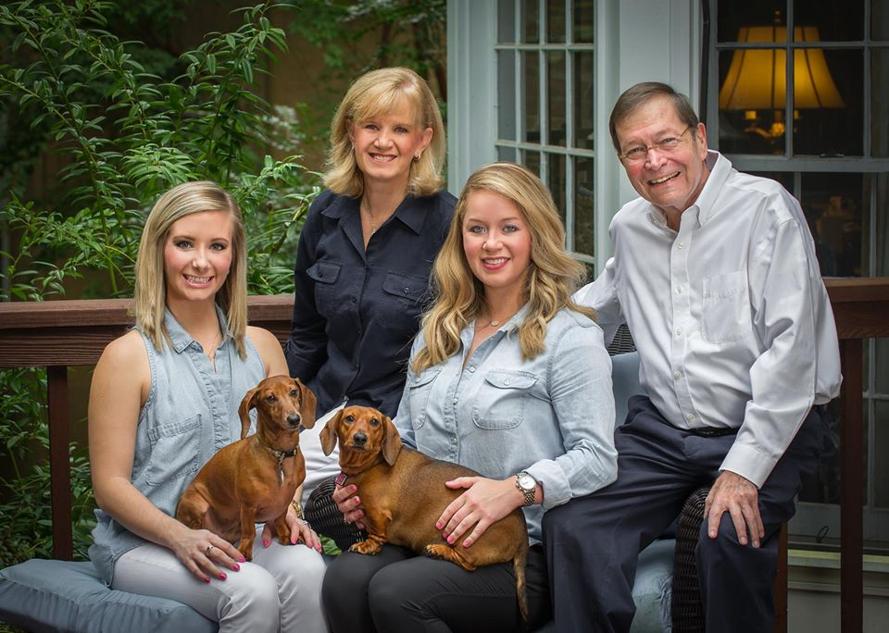 Dearly beloved, we are gathered here today to celebrate the life of Rebecca Chase Williams, a cherished wife and mother, former TV journalist, and former mayor of Brookhaven, who passed to glory after a three-year bout with cancer. She was 70.

Imagine an organist gently playing “It Is Well with My Soul.” Sprays of flowers fill the air with their scent – this is a big affair. Now picture yourself in a pew at St. Jude the Apostle Catholic Church in Sandy Springs, crowded by 800 or so mostly elderly friends of the deceased.

Now you understand why her funeral Mass didn’t happen last Wednesday. And why her husband, 76-year-old Dick Williams, the longtime newspaperman and bow-tied “Georgia Gang” moderator, sat alone in his house that same day.

Williams says we needn’t worry about him. He has the dogs for company, and neighbors are dropping off meals. But as Georgia becomes one vast isolation ward, many important things that we do in groups now must be done solo.

Mourning will be among the hardest. In the weeks ahead, it could also become far more common. Dougherty County in southwest Georgia has become a hot spot for the coronavirus. As of noon Friday,four deaths and 38 confirmed cases had been reported.

Local authorities have traced the outbreak to two funeral services in late February and early March. In one case, the clergyman presiding over the service later tested positive for the coronavirus.

Alternateways to congregate must be found — and so we offer this memorial service, as virtual as print can make it:

Rebecca Chase met Dick Williams in 1976. She was a rookie reporter at the TV station that now calls itself 11Alive. He was the station’s news director, brought in from Kansas City.

“I got here six months before Carter got elected, and Becky was my chief Jimmy Carter reporter,” Williams said. “It didn’t take me long to figure out that she was the best reporter on the staff. She just had that nose and the work ethic.”

Women were just beginning to make their mark at the state Capitol, where Chase was assigned. One important foundation of political clout was missing – a women’s restroom on the third floor, where 236 lawmakers convened. House Speaker Tom Murphy didn’t like the idea.

Chase made common cause with state Rep. Grace Hamilton of Atlanta, the first African-American woman elected to the Legislature. The relief station was funded.

“Grace rallied all the women legislators. We made it an issue on TV,” Dick Williams said. “The women were deadly serious, and they got what they set out to get. I thought that was a lot of fun.”

Three Emmys later, Chase was snapped up by ABC News as an Atlanta-based national correspondent – reporting on Ted Bundy, the Falklands War, and political conventions. Williams moved over to the Atlanta Journal (which hadn’t yet merged with the Constitution.) The two married in 1979.

“Sunday morning at eight o’clock, the phone might ring. And it’d be Sam Donaldson. At the other end of the day, Peter Jennings would call,” Dick Williams remembered. “She was more respected and liked than I realized. She was a reporter first and a TV person second.”

The marriage produced two daughters, Chase Cooper and Clare Stevens, now grown and married. They were to have provided Wednesday’s two eulogies. Both would have told you that in elementary school, she and her sister always won show-and-tell by bringing in Mom.

“We didn’t realize till after grade school that she was, and forever will be, one of the coolest women on the planet and paved the way for so many,” one of them would have said.

Eventually, Dick Williams left the AJC to establish a new newspaper, the Dunwoody Crier. WAGA-TV would make him host of metro Atlanta’s most popular site for Sunday morning political punditry. Rebecca Williams would leave TV journalism to raise her daughters – and begin a political career.

“The next thing I know she’s president of the neighborhood association,” Dick Williams said. A seat on the DeKalb County Board of Zoning Appeals followed.

Rebecca Williams was re-employed by her husband to cover Dunwoody’s cityhood battle for his newspaper. In an interview, the publisher failed to mention what her salary was. Nonetheless, the experience led Rebecca Williams to join the effort to create the nearby city of Brookhaven.

Election to the city council was followed by a brief stint as mayor, when incumbent Max Davis left to make an unsuccessful bid for a state House seat. Rebecca Williams became Brookhaven’s second mayor.

“When Becky made the switch from reporter to civic activist, it hit me that a reporter’s skill translates perfectly to public policy and public office. Dig, call, analyze, synthesize,” her husband remembered.

Dick Williams’ health began to fail – and in 2015 Rebecca Williams dropped the idea of running for a full mayoral term.

Then cancer came calling for Rebecca Williams. Specifically, leiomyosarcoma – a particularly virulent strain. After the diagnosis, she celebrated by seizing the chairmanship of a campaign to pass a $40 million bond issue for city parks.

“Unless you lived here, you would not have known she was sick. She wasn’t fudging through rose-colored glasses. She actually felt good for much of that time,” Dick Williams said. “And when she did feel good, she put it to use. I was really opposed to her doing the bond issue. She figured out how to sell it, park by park. It was pretty clever.”

The couple made excellent use of the time remaining to them. Last year, they married off Clare, the younger daughter. There was a trip to Italy and the Dominican Republic.

Dick Williams is now in his second quarantine of sorts. The first was the death watch itself. “Becky was in home hospice for eight days here. So nobody went anywhere – just waiting,” he said. The second quarantine began over the weekend.

“We planned the funeral and visitation last week — went to the church, picked the music. The pastor’s only concern at the time – he was pretty sure it was going to be a huge funeral,” Williams said. “And it would have been. He wondered about distancing in the church. He said if we have 800 people, it’s going to be difficult. If we had half that, we can spread them out.”

“By five o’clock Sunday afternoon, I realized we couldn’t do this – because most of the funeral guests would be elderly. They shouldn’t be there, or they wouldn’t come,” Williams said. “And then the Catholic Church cancelled all masses. That complicated matters.”

In the end, as events took hold, even a private family-only Mass was scratched.

A real gathering will eventually be held to mark the passing of Rebecca Chase Williams. “Summertime” is the only date the family dares commit itself to.

No doubt many others are, and will be, in the same situation. Keep an eye out for them. It’s going to get lonely out there.