A quick jolt of fear, pain — and then a mysterious process that sees the brain have an extra jolt of life just before it dies forever.

Slasher films are a lot of fun to watch. But what exactly would it feel like to get stuck in one?

The American Chemical Society (ACS.org) illustrates what happens to your body just before you die. Click on the picture below to find out. 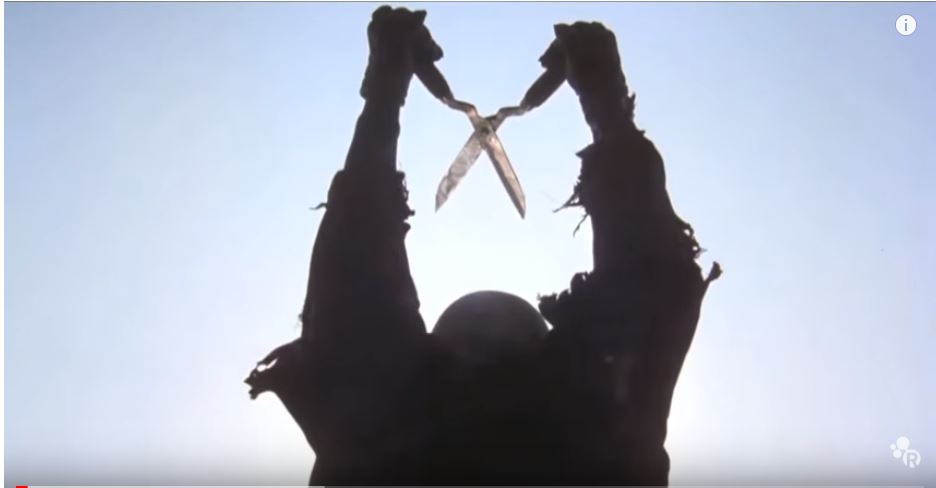 Scientists have explored many of the things that happen to the body and the mind as it approaches death — and while much of it still remains mysterious, the experience can be understood through the various chemical reactions and events that are happening in the brain.

Just in time for Halloween, a new video from the American Chemical Society explores exactly what would be happening inside someone’s body as they are being chased by a murderer in a slasher film.

The creators of the video point out that the experience of watching people get chased through a slasher film is actually similar to being there — though the actual thing is presumably a little more intense. The same sense of adrenaline and fear is activated in the same way in both cases.

The function of fear is to get people ready to react, or run away. It is a way of alerting the mind and body about trouble, but it is also a chemical process that allows the body to try and be safe.

The sensory information is sent through a person’s central nervous system, and into the thalamus, which works a little like a switchboard. That’s then transmitted to other important parts of the brain.

That information initially makes a person startled — moving towards getting them ready to react. And then the fight or flight response is triggered, which begins a process that began in our very early ancestors as a way of deciding whether to take on an attacker or try and escape.

That process pumps out adrenaline through the body, and pushes out glucose through the blood stream. Other chemicals keep those processes working.

You might not get away from the axe murderer or whoever else is chasing you down. In which case, you’re likely to start screaming.

The video points out that process originates in a different part of the brain from language, and serves a different function.

Screams come out almost by instinct. And when they are heard, they trigger a similar response — encouraging other people to become fearful and react, and so presumably helping them run.

If the screaming doesn’t help, and your axe murderer catches up with you, you’re going to be in a lot of pain.

When you’re injured, special neurons called nociceptors send messages up to the brain. Those are collected by the thalamus — which in turn tries to instruct the brain to do whatever it can to stop the injury happening again.

Even after clinical death, your brain probably keeps ticking on for a while. According to recent studies, the brain appears to undergo a final surge — in a way that would normally be associated with consciousness.

It may be that the surge might be responsible for near death experiences. Studies have supported that hypothesis — though scientists are still entirely unsure why the surge happens, or what it signifies.

Then comes biological death. And it’s not clear what happens then…

There’s little way of knowing what happens after all that is over, because people tend not to come back.

But some have. In an Ask Me Anything session earlier this year, people described their experiences of having briefly passed away.

But others described more vivid experiences that apparently hinted at an afterlife.

“I was standing in front of a giant wall of light,” wrote another. “It stretched up, down, left and right as far as I could see. Kind of like putting your eyes 6″ from a fluorescent lightbulb.

“The next memory I have is waking up in the hospital.”