Before she started photographing death, Cathrine Ertmann had never seen a body. Viewed through her lens while standing in a morgue, it was less frightening and more of a quiet mystery to explore.

“I was amazed about how peaceful and undramatic everything looked,” she said. “I got the chance to look at death without it being my own relatives, without feelings involved and it gave me a peace. The imagination of what death looks like is way worse than what I experienced.”

Along with journalist Lisa Hornung, Ertmann was given access by the director for the Pathological Institute in Aarhus, Denmark, during the spring and summer of 2012 to document death and what happens to people after they die.

They also hoped the project, called “About Dying,” would break the taboo about death by viewing it up close. After all, there is nothing so scary as what happens behind closed doors. But by opening up the morgue, a place where few of the living have been, the mystery lifts. Death, although harsh and sad, is a natural state. 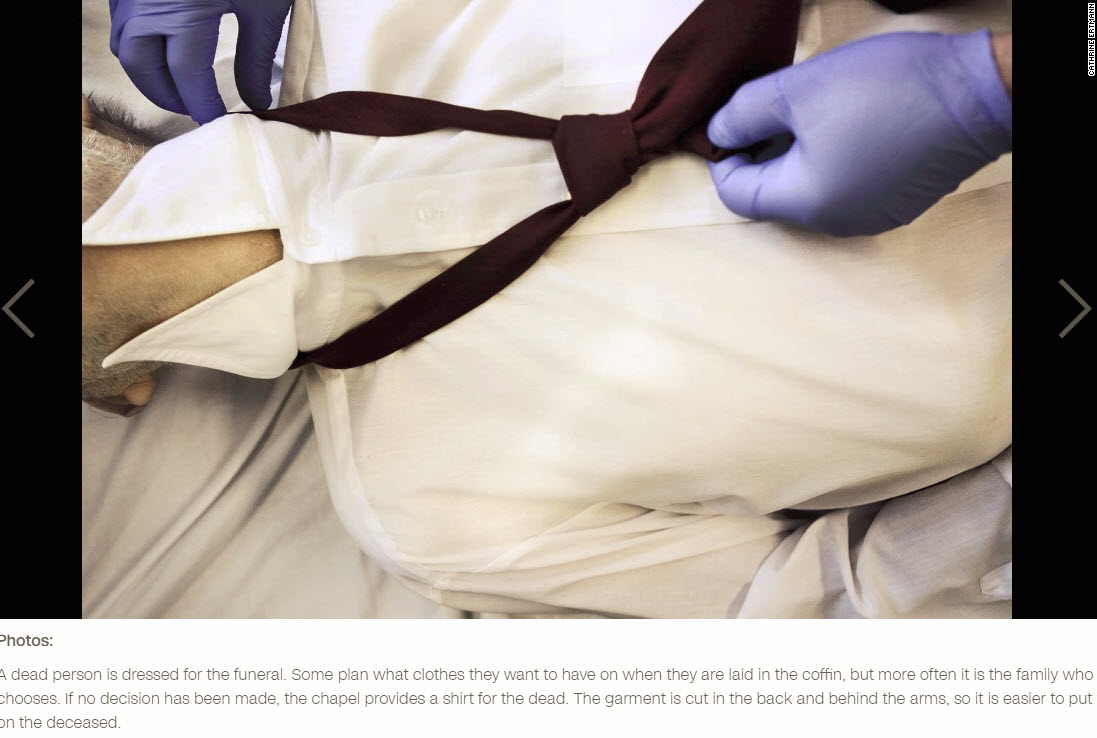 Ertmann had wanted to pursue death as a subject for a long time, she said. Reading an article about a terminally ill patient and what truly becomes important when life is so short had inspired her. 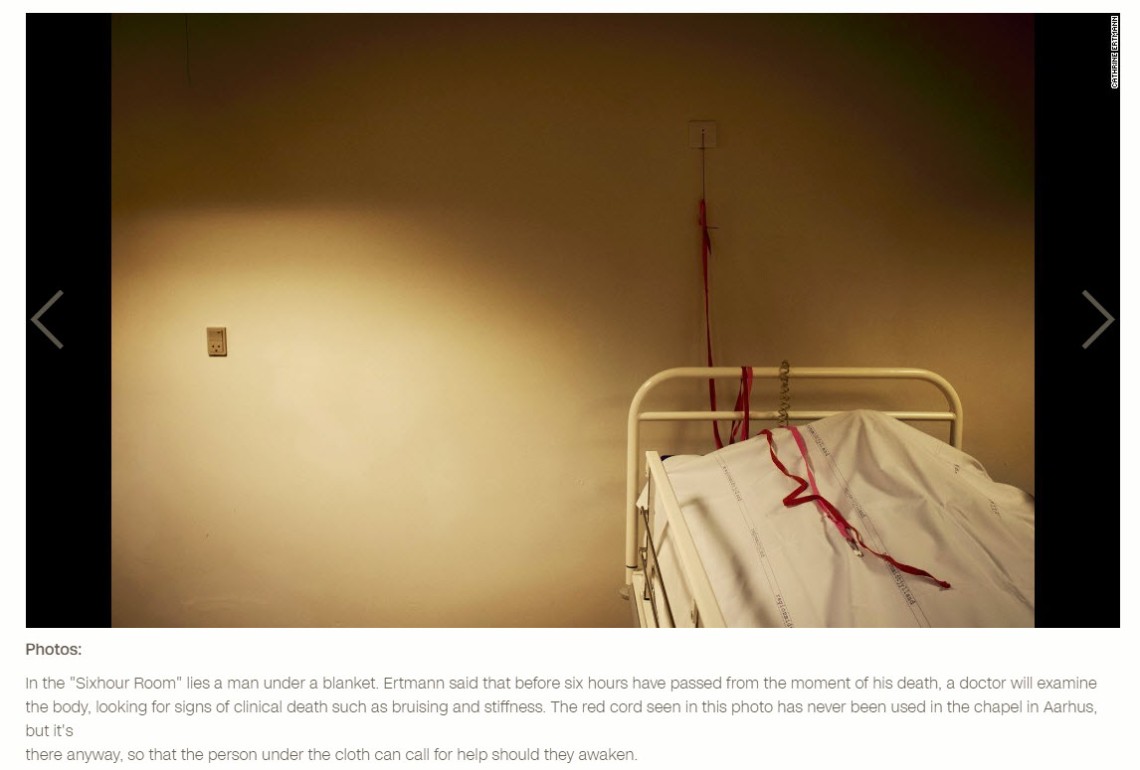 Ertmann was intrigued by details and the sense of calm that she felt throughout the experience. She agreed with the Institute on anonymity for those in her photographs: no birthmarks, jewelry or anything else that could be recognized by relatives. But her photos illustrate the hidden parts of death and how natural it appears, removing the grief and sorrow while maintaining a sobering reality.

During her time in the morgue, Ertmann witnessed many things: bodies in various stages of decay, people missing limbs, the results of aggressively resistant bacteria and young faces for whom death had come too soon. 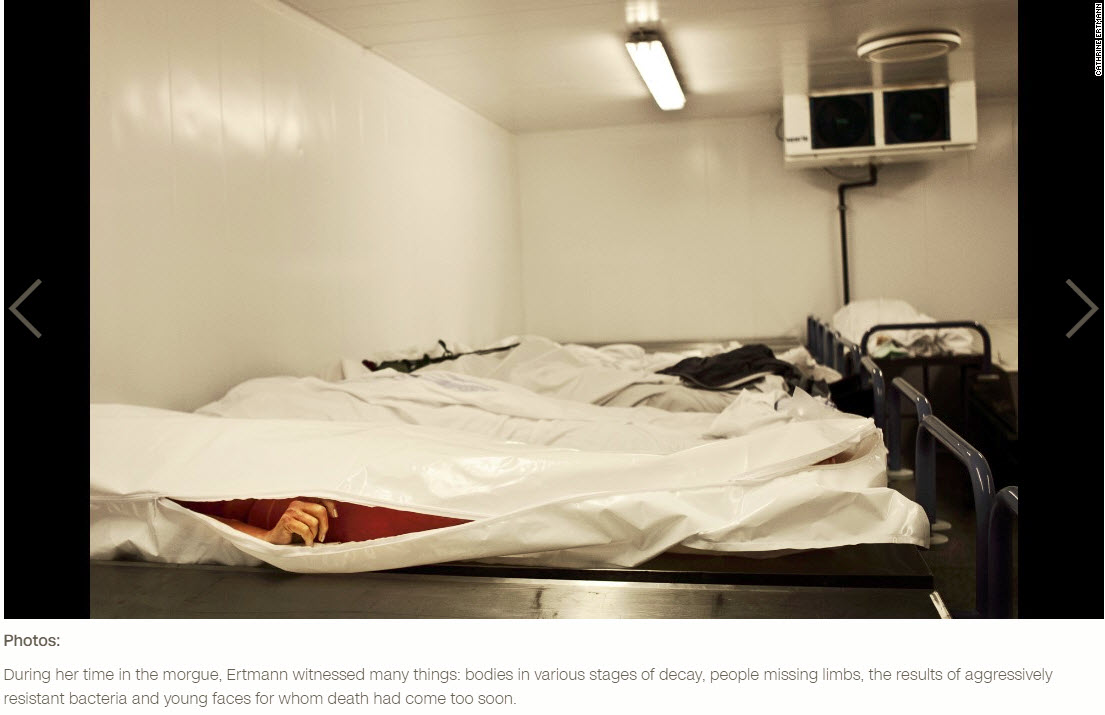 In a harrowing moment, Ertmann had to face one of her phobias. A man arrived in the morgue in such a state of decay that maggots were consuming his body. It made her want to bolt. Step by step, Ertmann made herself move closer to the scene and she eventually photographed it for the series. 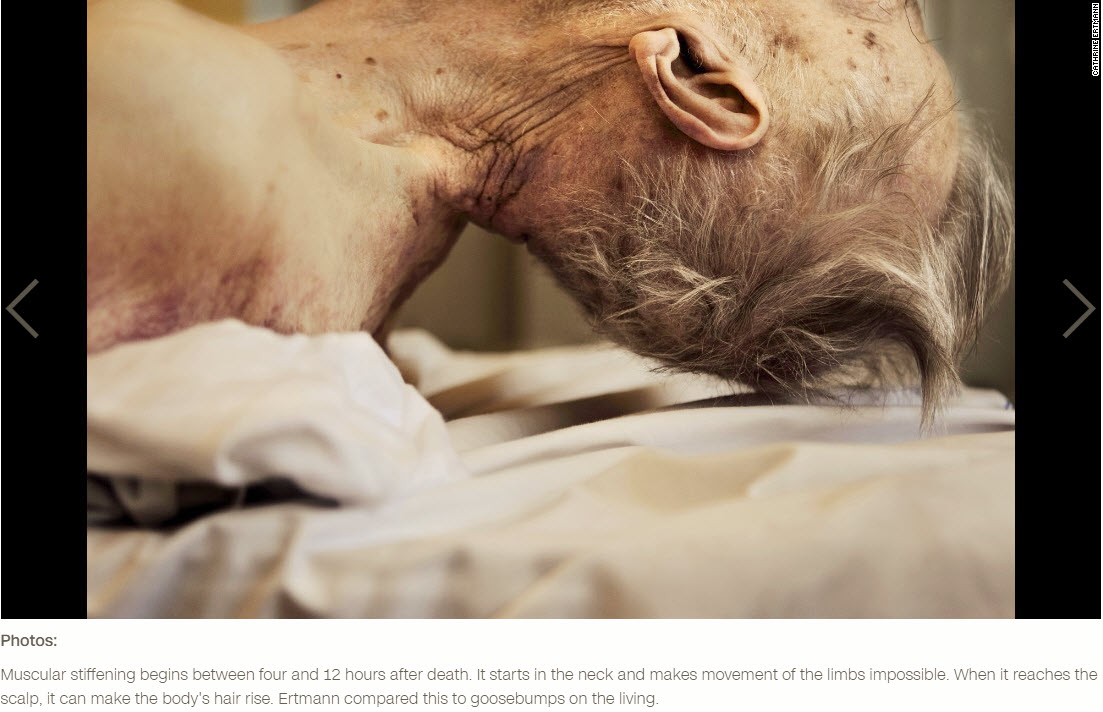 A graduate of the Danish School of Media and Journalism and the International Center of Photography in New York, she discovered her passion for photography as a child when her parents gave her a red plastic camera. Ertmann’s other works as a freelance photographer showcase strong portraits and candid moments in life.

A study of death gave her a new perspective on life. “After working in the morgue, I was walking in the street and I got really overwhelmed by seeing all the people just walking, chatting and laughing,” she said. “I wanted to yell: YOU ARE ALIVE, USE IT!”
She hopes people viewing the images will experience the same shift. Even after taking photos to normalize death, for Ertmann it solidified the need to embrace life while we
have it. 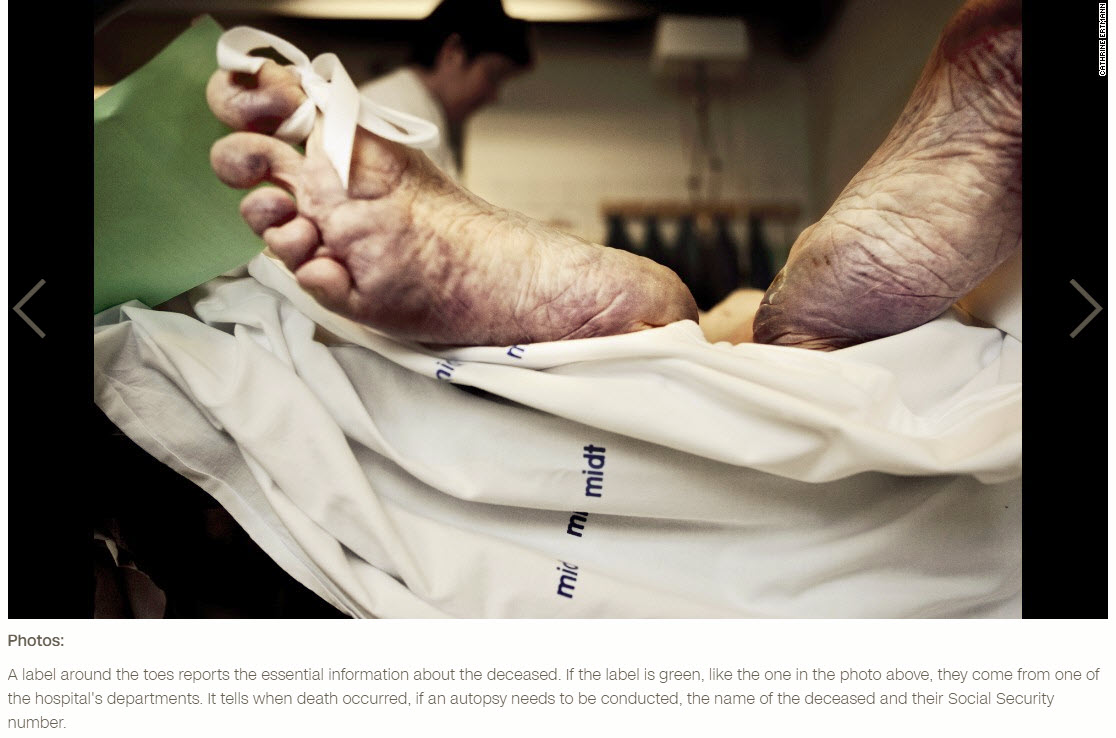 “But in all of this I also saw a peace and beauty,” she said. “Sometimes the scare is in the brief look at something. Like when you watch a horror movie, you only see a glimpse of the ghost, murderer or monster and your imagination works all the fright up for you. I think I felt I need to see everything to make it ‘normal’ and undramatic. And I think it works the same way with our relation to death in general.” 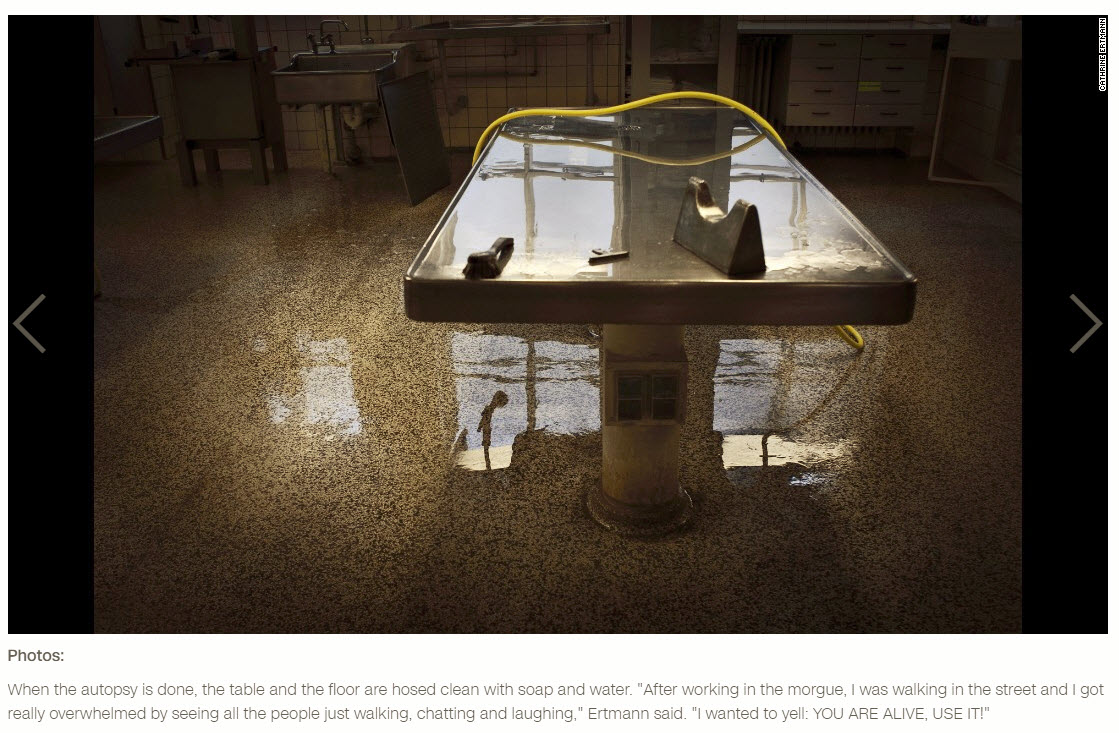 “The objective was to see if I could make people look at death and actually relate to it on natural ground without the grief and use it as a perspective in life — and hopefully think more about what actually matters while we are here,” she said. “I really hope people find it both comforting and inspirational. You have a life, folks. Go out and live it!”