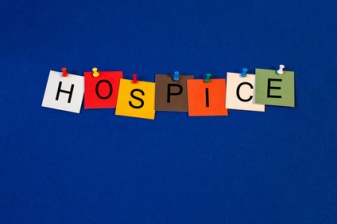 At the end of my last blog entry, I mentioned tightened skin and exposed teeth as indicators of a person being near death.
I am not a physician, nurse or no one in the health field, I am a hospice volunteer.

I’ve seen this 3 times since I’ve been visiting the hospice: the first time with Mr. G an 89 year old White man, and two other times with Mrs. P and Ms. G, both elderly Black women (I never found out their ages).  As people age, their skin loses elasticity and their skin sags.  As they get closer to death, the skin around the face tightens up, in some cases fully exposing the teeth or if the patient has no teeth, just tightening around the mouth but not exposing the gums.

The first time I noticed a difference was with Mr. G.  As my habit, I check in at the Nurses Station. If the Nurses at the station do not ask me to go to a certain room first, I step out the Nurses Station, turn right and start my visits with the first room, making my way through the floor visiting all the rooms. Some rooms the patient is asleep, some are staring at something far away, some are watching television, etc. Mr. G. was sleeping. His mouth was open, nothing I haven’t seen someone do before.  However the next week, when I went into Mr. G’s room, he was asleep still, but his appearance changed drastically, his upper and lower set of teeth were exposed. I never seen anything like that before, did not quite know what to make of it.  The next week I went to Mr. G’s room, he had expired. I still did not know what to make of Mr. G’s appearance as he got closer to death and quite honestly, I didn’t think much about it until I happened upon Mrs. P. and I thought it must be something to the face tightening. By time I saw Ms. G., who was only at the hospice one week and was in that “exposed teeth state” (only she did not have any teeth but her skin was tight around her mouth) when I saw her, dying before my next visit, I KNEW I learn something was the physicality of dying.

These are my observations. I challenge you to begin volunteering at a hospice on your own; it is not as creepy and depressing as you may think.